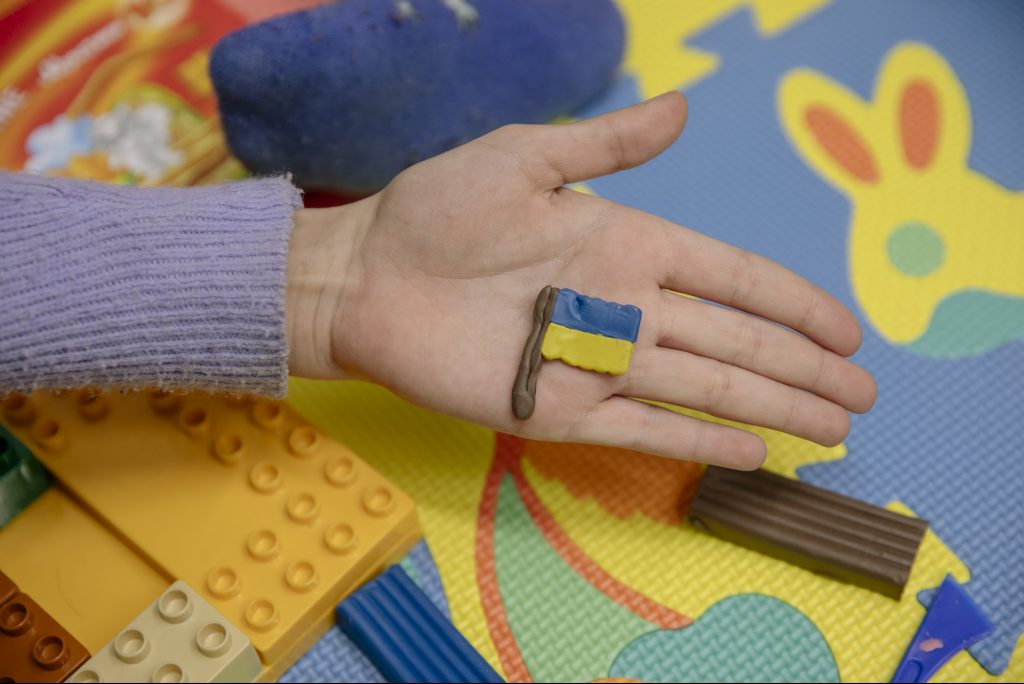 Crisis, growth, war. The experience of transformation of STAN

Strong teams don’t appear out of the blue. They develop with experience, they learn from successes, and even more – from mistakes. The teams are sustainable if the members understand what they are doing and what is the aim. This article tells about the organizational development of STAN NGO: how it manages to work effectively and to react to the challenges Russia’s invasion presented to the civil society.

STAN members gathered in mid-February to discuss their plan in case of Russia’s aggression. They developed roadmaps for three scenarios:

The third scenario seemed absurd and unlikely. However, the team mapped out their steps for an open full-scale war too.

Foremost: if the enemy cuts off internet and mobile networks, the team will gather at STAN’s office.

Secondly, a mass of people will be fleeing from the war zone. Some of them will try to get to Europe, the others will temporarily stay in the western regions of Ukraine. Transportation and housing will become the most urgent issues. So, STAN’s office will accept activists from the eastern regions. They will stay in the office for a couple of days until they find a more comfortable place to live. This space will be turned into a shelter and coworking for people who work in the civil society field.

The team purchased foam mats and sleeping bags, tourists gas stoves, and fast-cooked food. Also, they took care of the storage of drinking water, pasta, and cereals. This reserve had already been at the STAN resource center before the full-scale invasion. 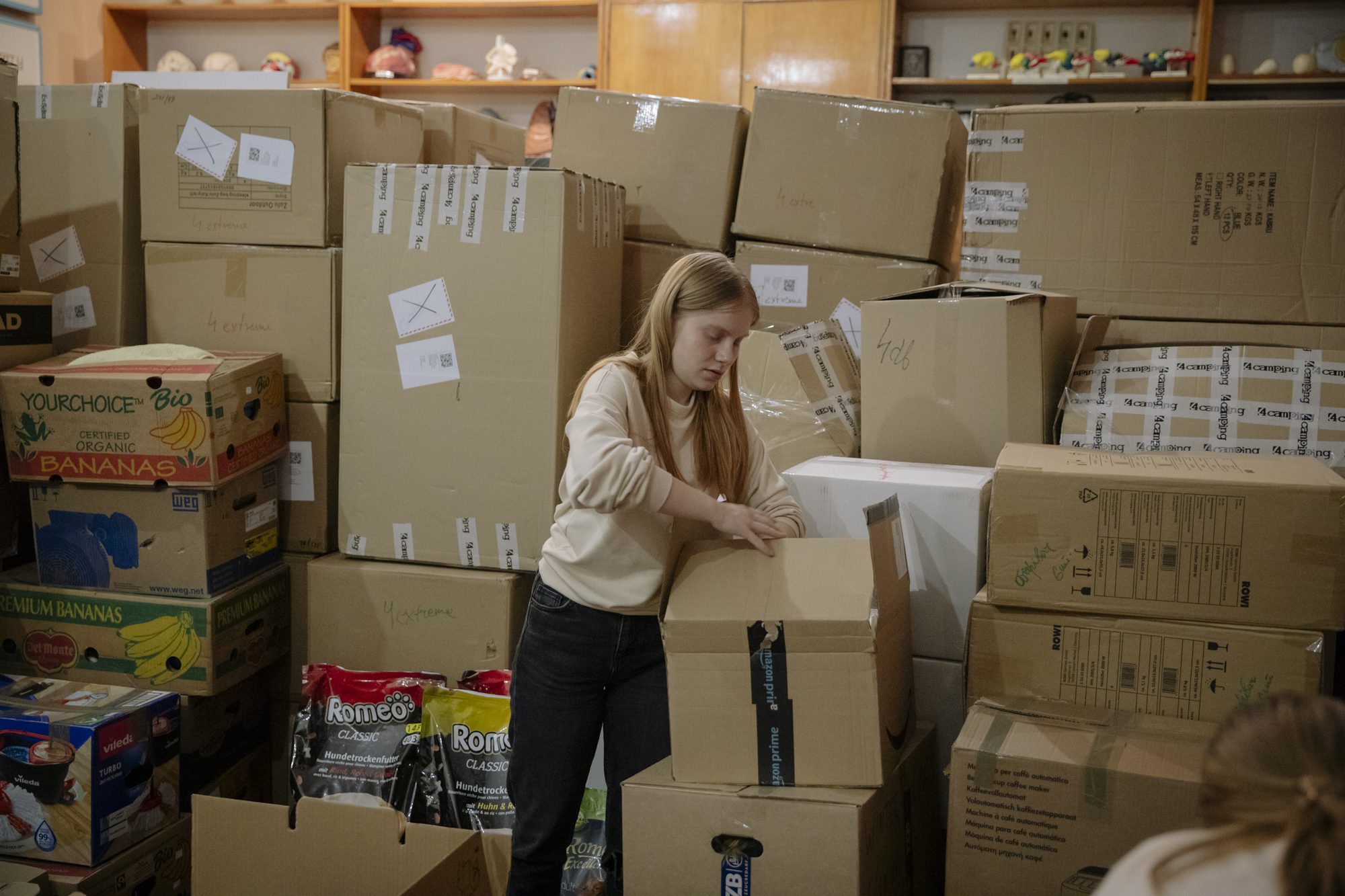 At dawn on February 24th, Russia attacked cities all over Ukraine with missiles, advancing on the ground along the border. It started the war – cruel, invasive, and unprecedented in Europe since World War II. The third scenario worked out.

The same day, at eight in the morning the team gathered at the resource center’s kitchen. “We were ready. I had a feeling it was a project we had planned and now we will implement it”, says Maria Keliy, an operational manager at STAN.

STAN was founded as a literary and activist collective in 2008. It has grown into an organization that supports people, especially from vulnerable social groups, who want and can bring positive changes to society, and does so through informal education and human rights activism.

COVID-19 pandemic started a period of uncertainty for STAN. In spring 2020, it finalized the existing projects and for the new ones the timing turned out to be “wrong”. The world has focused on fighting the coronavirus, and finding support for STAN’s activity became challenging. Some employees started looking for other jobs. It has been a feeling the organization could stop functioning at all.

That was a crisis. But crisis means not only hardships. It also means changes and adaptation to the new circumstances.

STAN has got luck. Right at the peak of the crisis period, it started cooperating with IM Swedish Development Partner, interested in supporting not projects but strategies and human development. This donor wanted to invest in an organization that would accelerate changes in society. 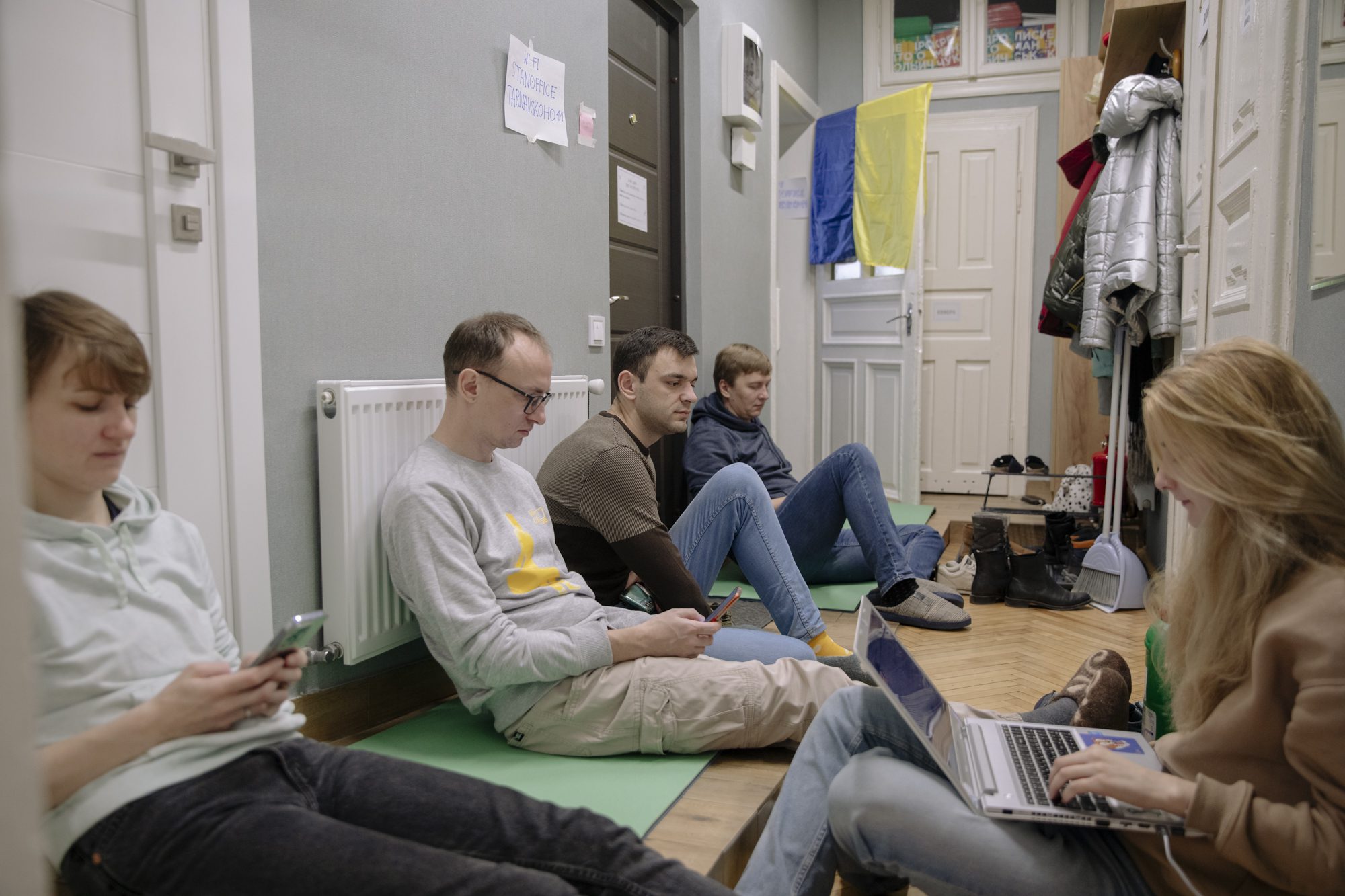 In the summer of 2020, a team got a chance to breathe out and think about “who we are and what we are doing” . With the support of ІМ Swedish Development Partner, STAN organized a strategic session at Byriuchyi Island in the Azov sea. The team developed a strategy until 2022, and what is also important – improved the management mechanism. “We created a mechanism to ensure every member of the organization could participate in the decision-making”, says Dmytro Kuznetsov, board member and projects coordinator in STAN.

“The colleagues from IM told us: ‘If you consider as necessary to deepen your knowledge in non-violent communication – use the resources for this purpose. If you think you need to hire a psychologist, do it’. IM trusts us as an institution and has taught us to trust them”, says Yaroslav Minkin, STAN Chairman of the Board.

“Perhaps, trust is one of the crucial lessons of this partnership. At STAN, we are sensitive about mistakes, but IM tells us: ‘Those are your lessons learned, tell us about them too”, says Maria Kelyi, STAN operational manager. “Either we violate the deadline or the numbers don’t match, we discuss everything without a fear they hold up funding. IM is a donor we can talk to sincerely about everything”. 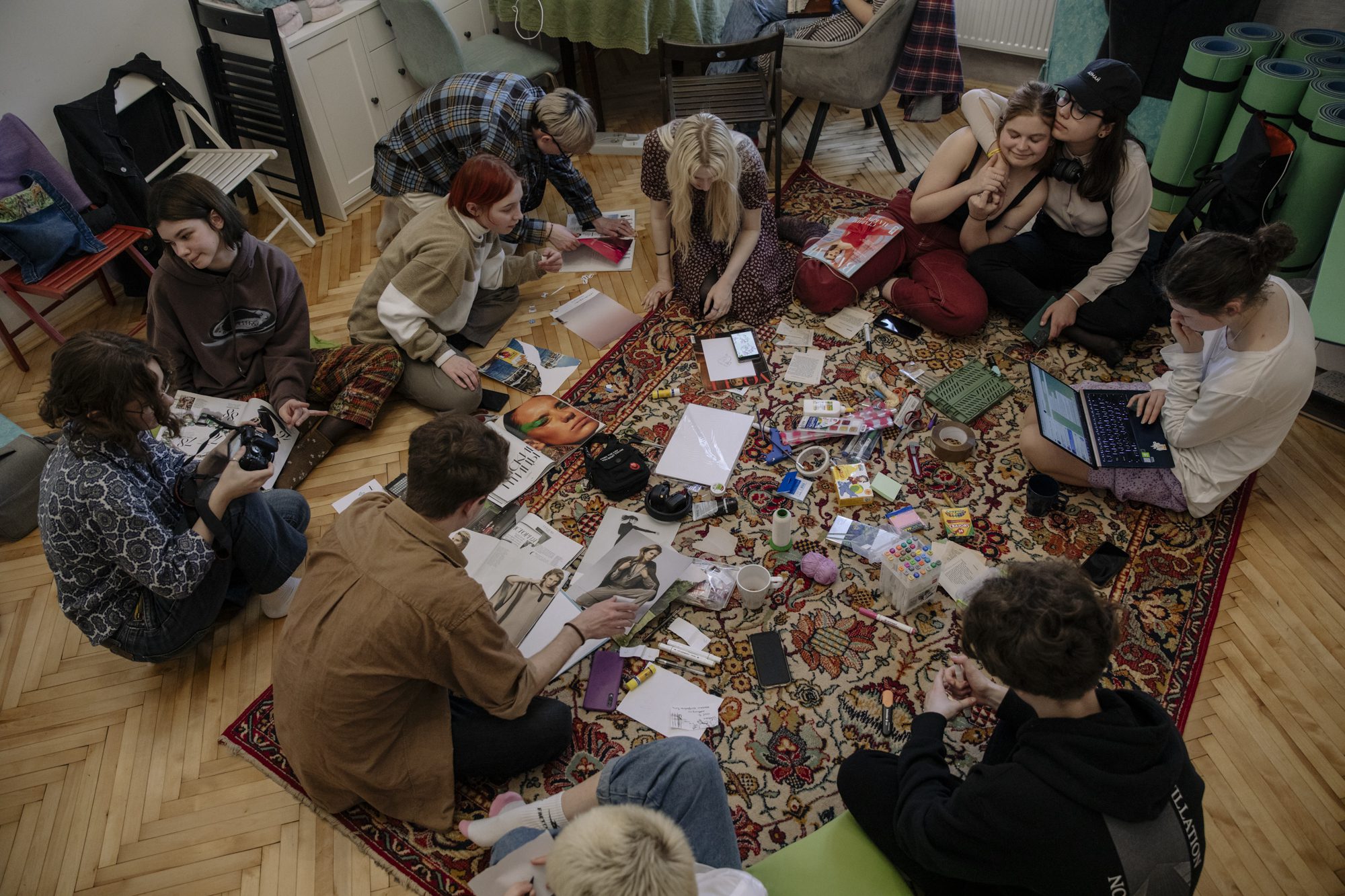 Another important lesson: the team is the crucial element of the organization. IM has also supported the opportunities for STAN members to visit a psychotherapist or sign up for additional educational programs, and learn foreign languages. Communication with other Ukrainian and foreign organizations supported by IM has also been valuable. It brought knowledge exchange, partnership, and mutual support.

“Our relationship with IM is all about changing the attitude to the team, about valuing people in the team. After all, it is only up to people in the organization how they work, are they tired, are they developing themselves, or whether they reflect on their experience”, says Yulia Liubych, education coordinator at STAN.

More than an office

STAN has grown from eight to 14 team members during 2020, and an old office became too narrow for this bigger collective. Beyond that, they have been dreaming of working in a space that would be more than just an office but a space to have some events in, like educational events, concerts, discussions, and a space that could accommodate colleagues from other organizations. This should be a place that shapes the community. 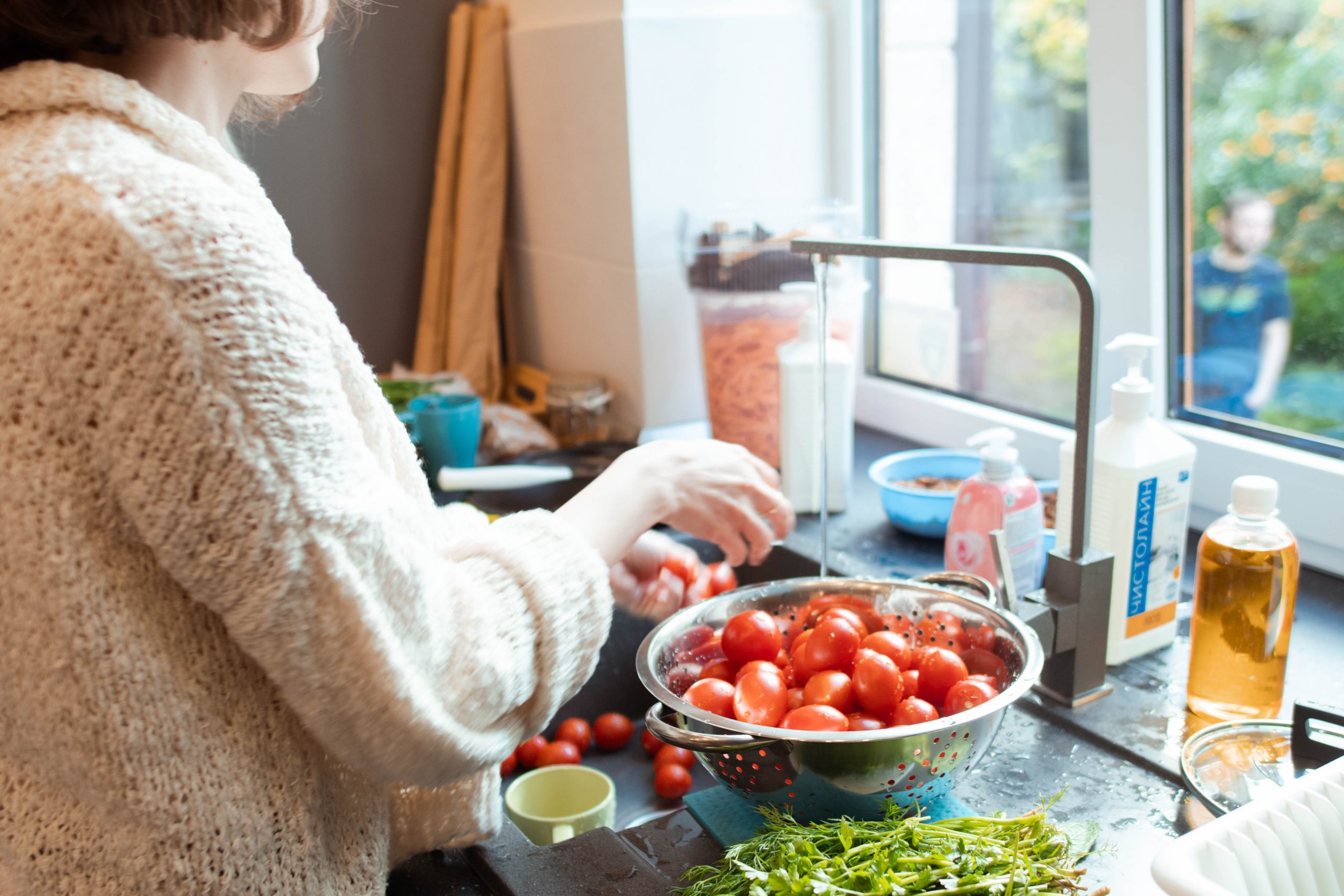 IM supported this initiative. STAN rented a 114 sq.m space not far from the city center, repaired it, and moved to this new space in June 2021. It’s called not an office, but a resource center. This is an apartment in one of the old buildings, built around a hundred years ago. It has three spacious rooms, one of which is suitable for events, and when needed people could live there. The resource center also has a fully equipped kitchen and a shower.

The building is a resource, the organization is people.

Educational and development opportunities for the team described above are not about luxury life. They are needed to do the job properly and in the best way possible. It is even more important so when the neighboring country has invaded yours, brought war, murder, rape, destroyed houses and the whole cities. When you are surrounded by people who come to your city to save their lives, who need employment, psychological and legal support, when there are children around who need to study and overcome the shock.

If your job is helping people in need, you should learn to do it professionally.

In the early morning of February 24th, the team was at the resource center. As it had been agreed, they gathered to be in touch and quickly arrange further actions.

One of the preplanned steps was to organize a shelter for people who will be coming to Ivano-Frankivsk from the most endangered places. STAN members met the first IDPs on February 24th. The resource center is now hosting employees from several organizations: Ukrainian Prism from Chernihiv, Crimea SOS from Kyiv, and Caritas Kharkiv. Austrian photo correspondents stayed here, as well as an artist Maria Vyshedska.

On February 24th Svitlana Tarakhkalo, a founder of “The Restless” alternative school, came to the resource center. Svitlana had cooperated with STAN before, and now she decided to turn her school into a shelter. STAN helped with purchasing washing machines, multicookers, thermopot, cattles and other necessary appliances. The following day the school was already hosting displaced people, and since the beginning of March the shelter is full. STAN also cooperates with similar shelters in Lysets village near Ivano-Frankivsk, in Vorokhta and in Bakosh in Zakarpattia oblast. These shelters’ coordinators are STAN’s old friends and partners, as well as STAN’s educational programs alumni.

Since March 1st, volunteers have been offering food and support for people arriving at the train station. This initiative teamed up people of diverse jobs and communities, but Mariya Keliy from STAN has been among those who started.

STAN also is developing the programs of psychological and legal support, working on educational projects for children in partner shelters.

All this is a fast reaction of the team to the full-scale war. They now take most of the teams’ time and resources. Beyond this, STAN has been already working on turning back to their original projects connected with the themes of diversity, non-formal education, and supporting of vulnerable groups. Certainly, the needs and experience of the society in war will be taken into account too.