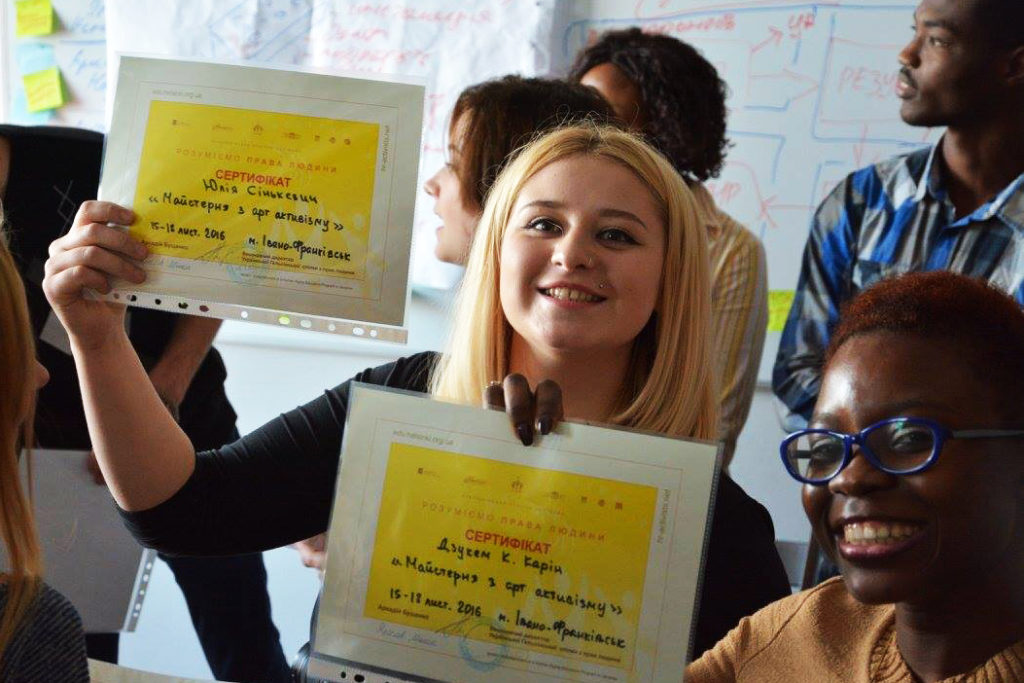 The project “Ambassador Stevens Memorial Ivano-Frankivsk Intercultural Lab” is seeking participants. The Youth Organization STAN invites university students of Ivano-Frankivsk  to become ambassadors for peace and understanding in their city.

From September to December, up to 30 active young people (15 Ukrainian and 15 foreign students) will take part in the project  aimed at informing the student (s) about their rights and increasing interactions between the student (s) of different ethnic groups. Participants of the project will learn about their rights  and opportunities to better adapt to their environment, discuss the challenges with which we have to meet in the struggle for tolerance, develop ideas for their own projects aimed at strengthening the rule of law, intercultural diversity, the fight against discrimination and xenophobia. The program will consist of 3 workshops from Youth Organization STAN, 4 Skype conferences with the American student (s), one round table with the community of leaders and one hackaton – brainstorming on future projects that will promote the ideas of tolerance and intercultural diversity.

Also, within the program, a bilingual (English / Ukrainian) Multicultural Alternative Guide to Ivano-Frankivsk and a bilingual booklet on the rights and responsibilities of Ukrainian and foreign students will be created. All pariticpants will receive copies of both booklets/guides.

To participate in Ambassador Stevens Intercultural Lab, please fill out the form at https://goo.gl/2Rqqhv  link no later than September 11th.

This project is made possible through a grant from the Peace Corps and the Ambassador J. Christopher Stevens Memorial Fund. Youth Organization STAN, EL & OL NGO for International Students in Ukraine and other community leaders are implementing the grant. Reference: Christopher J. Stevens was an alumnus of the University of California, Berkeley who after graduating taught English as a foreign language in Morocco as a Peace Corps Volunteer. After Peace Corps Stevens earned a J.D. from University of California, Hastings College of Law in San Francisco and later a M.S. from National War College in Washington, DC. He joined the American Foreign Service in 1991, where he served at various American diplomatic positions in the Middle East and in Washington. He was appointed United States Ambassador to Libya in June of 2012 and was killed in an armed attack on September 11, 2012 at the American Consulate in Benghazi, Libya. After his death, the Stevens family along with extended family and friends established various funds to support interaction between Americans and people around the world, including the Ambassador J. Christopher Stevens Memorial Fund to support Peace Corps Volunteers and the communities they serve.