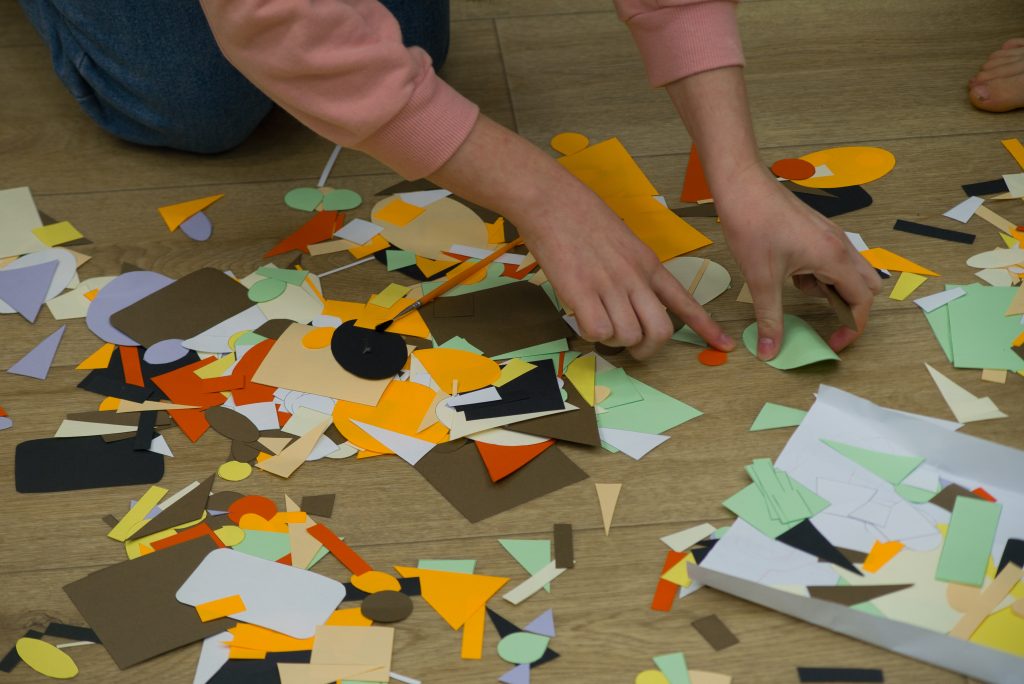 Stay by their side. Design of the psychoemotional support program

War makes people lose ground. Millions of Ukrainians found themselves under fire, were forced to leave their homes, experienced extreme fear, and saw atrocities one cannot be ready for. STAN NGO is creating a psychoemotional support program that will help people to live through this.

From one need to another

After full-scale Russia’s invasion, STAN NGO transformed its office into a shelter for activists. Since the first day, the organization has been helping other shelters in the western region of Ukraine.

STAN members saw that people, who arrived in Ivano-Frankivsk by evacuation trains in the middle of the night, cannot leave the station due to the nighttime curfew, so they stay at the building till morning, hungry and thirsty, sleep on their bags, on the floor.

Seeing this, STAN started overnight shifts at the train station. Since March 1st, volunteers have been welcoming people at the platform, providing food and drinks, and giving advice on what they should do next. Simply, they have been helping people to recover in the first hours after their arrival. This initiative allowed volunteers to notice what comes next in the chain of forcefully displaced people’s needs.

“People were arriving at night and could not go to the city. We cheered them up with hot tea, coffee, and food. And they needed to be cheered up also by a kind word. The idea of psychoemotional support emerged from the beginning, right after we launched volunteering at the station”, says Dmytro Kuznetsov, board member and project coordinator at STAN. 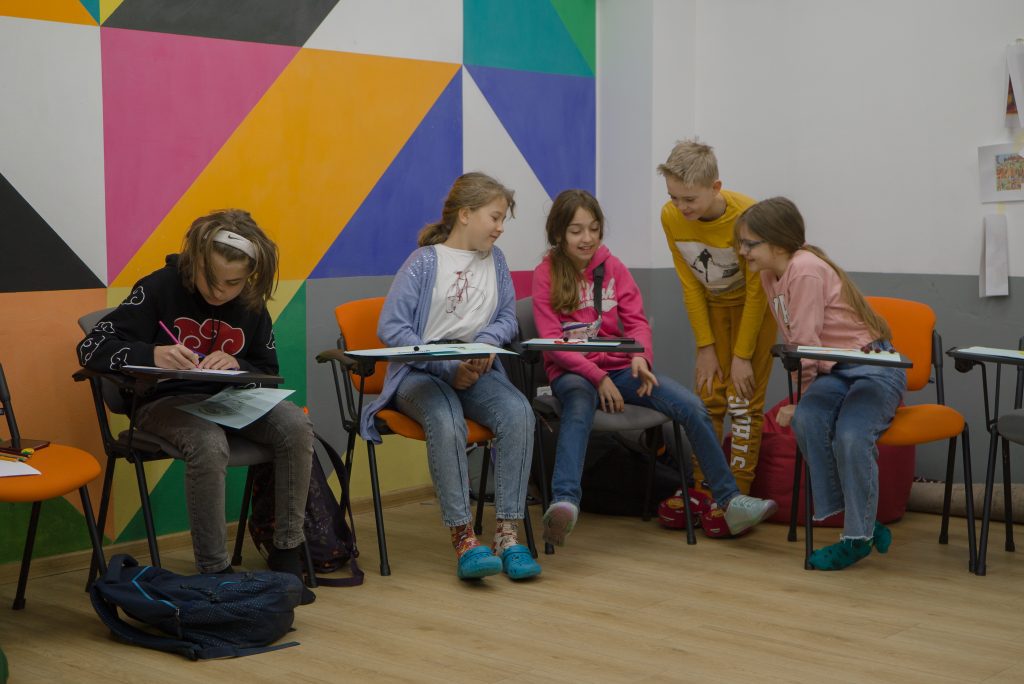 Psychoemotional support is a complicated and responsible task. Dmytro studied child psychology, but has not enough experience in the field. Often, he sought advice from a psychologist Ihor Trydub. Dmytro asked his colleague the basic things: what kind of support volunteers should provide, and how to not harm.

Ihor Trydub has 10 years of experience in the field and works at Caritas Kharkiv. He used to run a shelter for internally displaced people in the past. Several days after invasion, Ihor left Kharkiv with his wife and landed in Ivano-Frankivsk. Ar first, he used to come to STAN’s office to work at the co-working space, then he joined Dmytro in designing the psychoemotional support program. He is currently coordinating this field.

Ihor and Dmytro began with visits to several shelters, where they talked to residents. It was crucial to understand the conditions people are in, and what kind of support they need. According to Trydub, the cases are quite diverse: “From anxiety, fear, perplexity to shock, stress disorders. Sometimes these are states on the edge between health and psychological disorder. People who recently arrived from Mariupol have the hardest times”. 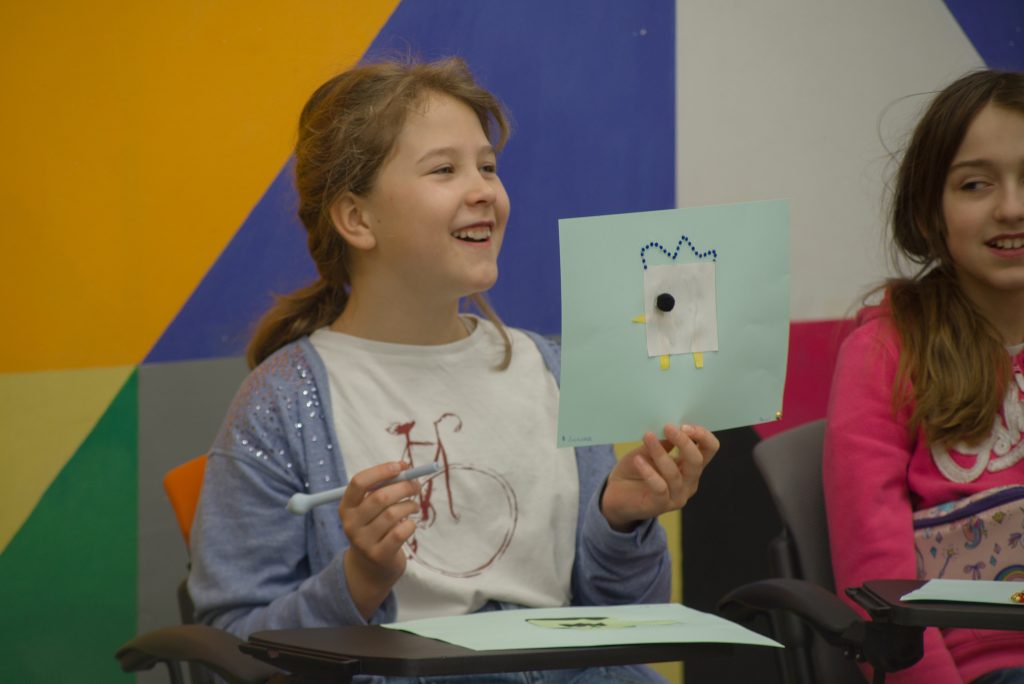 It’s hard, and this is normal

Ihor explains that this kind of psychoemotional support does not need to be deeply therapeutic. The key idea here is support. Foremost, it means there is a psychologist who supports a person, who helps him or her to deal with emotions and feelings, and also helps to avoid regression.

Psychologists work either full day or several hours per day, depending on how many people live in a shelter. His work is not the kind of approach: “Hello, I’ll be consulting you”. People are often not ready for such interaction. So, psychologists can start by coming to a shelter, getting acquainted and keeping in touch with people. There could be organized lectures, for instance, “how children live through trauma” or “how to explain to kids what the war means”, art therapy sessions. Apart from their main goals, such events are important to establish trust-based relations and help to prepare people for individual consultations if those are needed.

Mentioned above is first of all psychoeducation, another focus area of the psychoemotional support program provided by STAN. To say it simply, this is a way to explain what is going on with a person at the moment and that everything a person feels is alright. It’s normal to have sleep difficulties, to wake up in the middle of the night, and to get agitated. If one understands the nature and even the necessity of such reactions, it’s easier to cope with them. To overcome the problem, you need to recognize it. 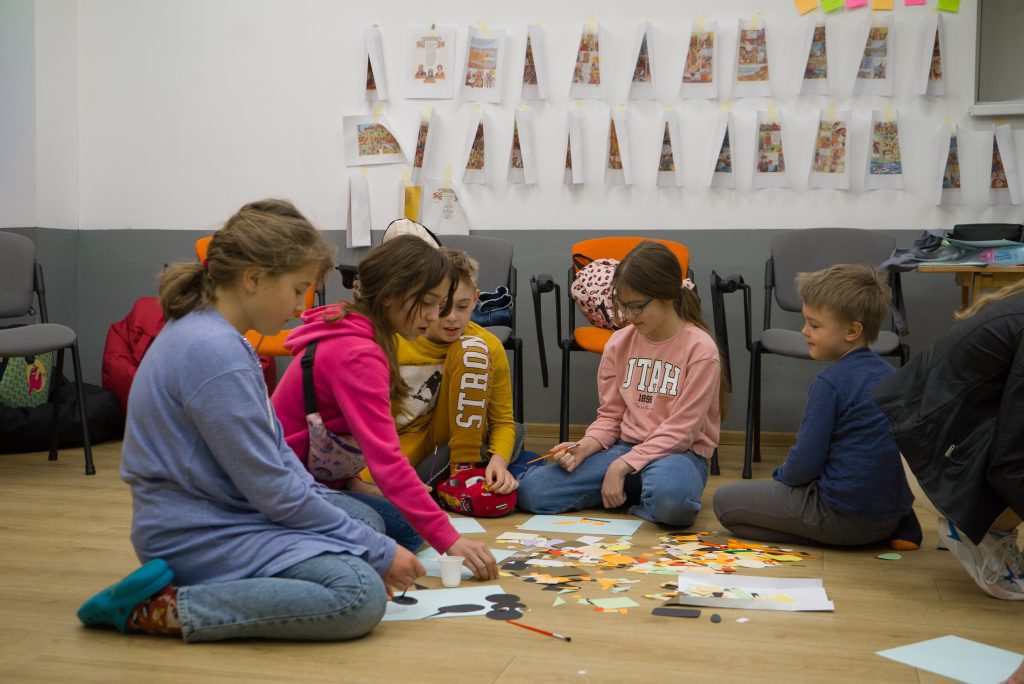 Such education is very important among the volunteers and care workers. Everyone who works with people who experienced warfare and stress, has to know how to act with no harm. Everyone cannot be a psychologist, but everyone has to understand the basic principles of what is going on with a human mind in such conditions.

For this reason, STAN organized an online seminar with Zurab Beberashvili, a Georgian psychiatrist and therapist. Since 1995, he has been working with people who suffered from wars in Abkhazia and South Ossetia: internally displaced persons, people who experienced captivity, inhuman treatment, or torture.

Beberashvili dedicated a seminar to early crisis intervention, explaining how one could effectively work with sufferers so that they will not develop drastic mental implications. STAN is going to organize similar events in the future. 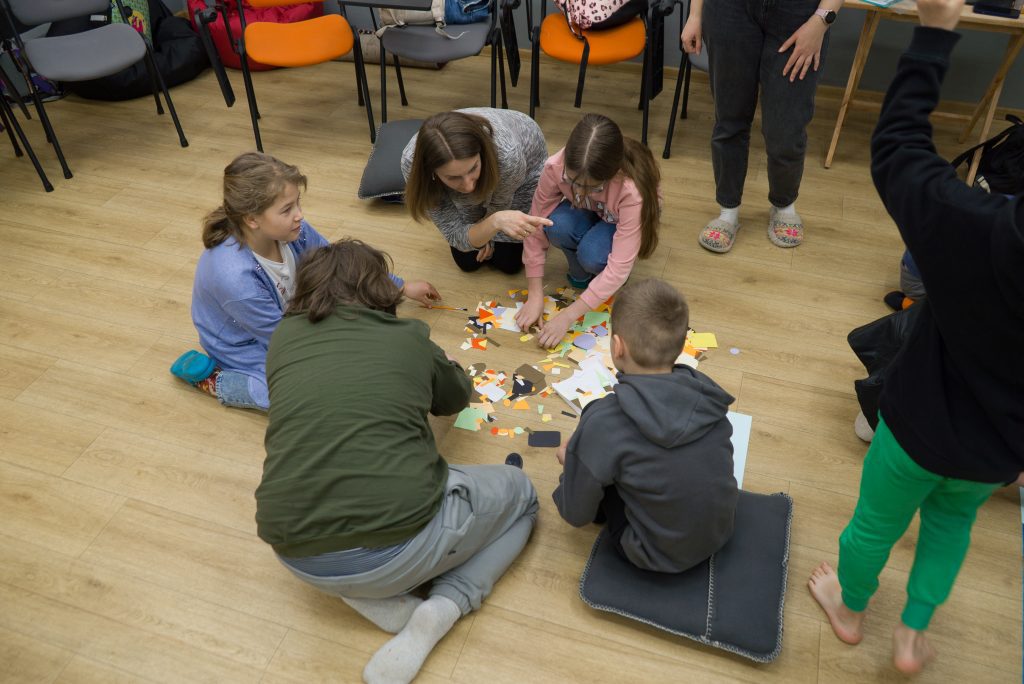 A marathon, not a sprint

One has to take into account that people who help others also need support. “They work hard and have many duties. And there’s always an emotional burnout. At first, you do a lot, but the time comes when you feel you cannot cope with all your responsibilities”, explains Ihor Trydub. Dmytro Kuznetsov stresses: “Both internally displaced people and volunteers need psychoemotional support”.

It’s about individual consultations and group work as well as psychoeducation. It’s necessary to explain to volunteers, care workers and activists that their work under conditions of the war is a marathon, not a sprint. Even if the war ends tomorrow, there will be lots of work. It’s crucial to save energy for the finish.

“Earlier you could stay without sleep for two days, and now you are exhausted before afternoon. Earlier you have been cool-headed, and now you get angry at people. But the reason is not them but your exhaustion. This has to be explained. You have to make people stop and convince them to take care of themselves” says Trydub.

The psychoemotional support program designed by STAN is passing only the first stages of this marathon. Thus, psychologists have already started working with internally displaced people and volunteers, as well as with children. On April 15th, the first art therapy session took place at “The Restless” alternative school. Children were creating and communicating, learning to trust each other. Local children participated together with the kids who came from the war zone. The events for the adults are also planned – they will be aimed to help people to integrate into the local community through work and volunteering.

STAN plans to ensure not only psychological, but also psychiatric help. “In Yaremche, I met people from Mariupol in very serious condition. Here we need a professional who can work with people in a border-line state between mental health and illness. There are people in shelters who take medicine for mental disorders, and they need particular care”, says Trydub.

STAN also is working to establish an online psychologist’s support – a hotline for crisis situations. Ihor Trydub is sure the first task of a psychologist is to stay by one’s side at the moment when a person wishes to share feelings and pain.