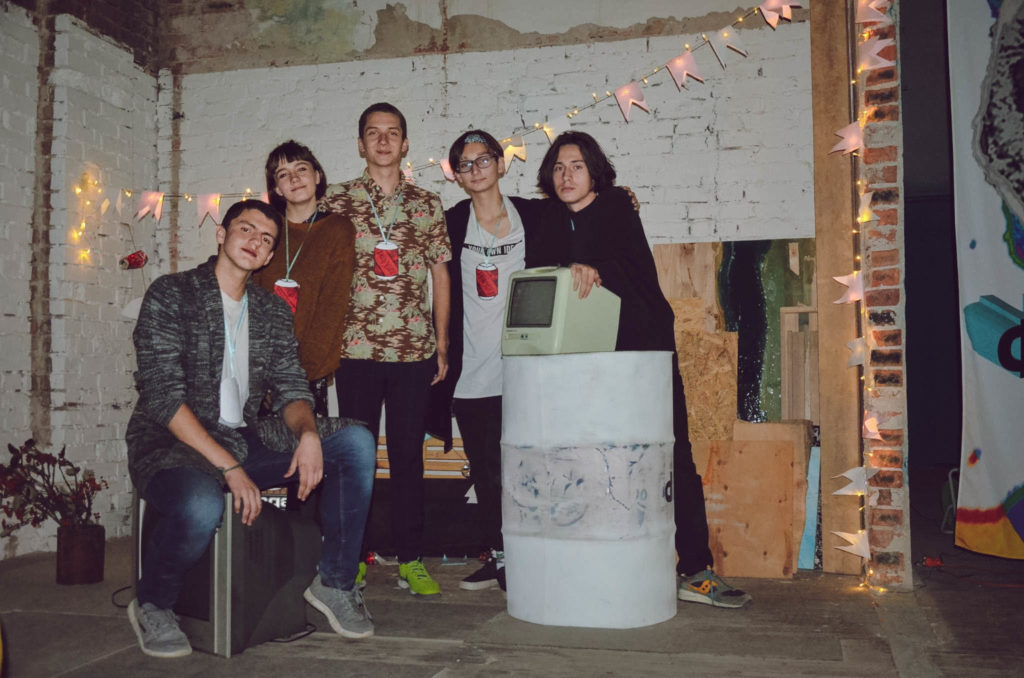 “We are our target”: Ambassadors with Double N tell how to solve a social problem and be in trend

Meet Anya. She is a 16-year-old who lives in Ivano-Frankivsk. In her free time, she volunteers. She is interested in books and videos about self-development, emotional intelligence, and leadership. Anya loves to spend time with other active teenagers, to learn, to gain practical experience, to help others. Anya does not like when people determine her priorities for her, make decisions for her, or devalue her opinion based on her age.

Anya is a typical representative of the target audience for Double N, a youth initiative that has been active in Frankivsk since 2017. For over two years, Double N has been battling the age and objectification of teens, organizing training projects and helping teens become more influential. The organization accounts for over 20 successful projects in the field of non-formal education in the forms of festivals, trainings, workshops and camps.

The uniqueness of this initiative is that it operates on the principle of “teens for teens”. The oldest member of “Dublya” (none) is 17 years old and the youngest is 15. This, according to the Double N team, is related to the popularity of their initiative. But there are also some challenges involved; the main one being staff turnover. We talked about successes and troubles in the life of Double N with its founder Irina Senik and manager Andriy Sikorin, as well as other members and team members. How did Double N come about?

In 2017, Ira Senik took part in “Groomed Youth”, a project by Youth Organization “STAN” that focused on social entrepreneurship. “Back in the 17th year, with my teenage maximalism, I wanted to do something, help the world,” says Ira, “My friends and I help promotions. We were drawing postcards and selling them. It was very exciting for me to do projects. The feeling when the whole world is yours like you have the keys to the office, you control the processes. I knew for sure that I wanted my organization.”

Ira and her friends decided that they would focus on the needs of teenagers. That way their age will be their advantage because who knows what teens want better than teens themselves? The founder of Double N states that, “In fact, when my team and I are discussing whether something will be interesting to teenagers, I can just look at the situation from a different angle, to think that I will be interested as a teenager. For example, at the camps, we know that our participants will come if we wake them up at 3 A.M. and arrange a quest because we would do it ourselves.” When did the fight against ageism become the mission of Double N?

Like many grassroots initiatives, Double N came from the desire of active people to do something cool. “For a long time, we lived with the problem of having declared goals, but the very vision of how it works wasn’t clear. In 2019, it became clear that some of us would go to study in Kyiv and possibly create a Double N center there,” said Ira Senik, already a student of the Kyiv-Mohyla Academy, “The other part will continue its activity in Frankivsk. To remain “the only system” we need goals and a mission that will truly unite us.” After a multi-day strategic session, the Double N team formulated their mission, deciding to tackle the issues that were most troubling to them and their alumni – age and objectification.

“Objectification is a problem that affects many spheres of life,” Andriy Sikorin states, “Speaking specifically about teenagers’ objectification, it’s like a wall that doesn’t let you see what’s behind it. This wall is made up of stereotypes broadcasted by both adults and teens themselves. It becomes an obstacle that slows the personal growth of adolescents and reduces their chances of successful self-realization. My team and I are organizing educational projects to help our peers become freer and more influential, see opportunities more clearly and develop in the areas they like.”

Double N’s educational projects are aimed at developing soft skills, emotional intelligence, time management skills, and project reasoning. Initially, Double N invited well-known speakers who were much older than them to attend their events. Now, the approach has changed. More and more trainings are being read in peer-to-peer format. After all, according to the current head of “Dublya”, it is more likely to convince a teenager to believe in their own strength, if he or she sees a successful example of his or her peers. Talking about the most successful project, the head of “Dublya” does not dare to single out one because the success criteria may be different. “I can say that our first Future-Fest was the largest. One and a half thousand visitors! We loudly declared ourselves on a city-wide scale. But I cannot call our camps, with only 15-16 people and not fifteen thousand, less successful. During these days, we live together for several days, study, unite as a community,” said Andriy.

The Double N leader separately notes the one-day Soda Festival organized by his team within the framework of the “Diversity Ambassadors in the Pre-Carpathian Region” project. According to Andriy, this is the first event that the Double N team held in the new lineup. Double N photographer, Roman Lutsina, calls Soda “a successful start to a large-scale project aimed at focusing on teenagers.” Logist Alexander “Lesik” F. agrees with him. But the designer, Anastasia “Shaflik” Zagoruyko, believes that their most successful project was the autumn camp “Connection”. “There are 14 super-active and active teenagers who have built a serious anti-violence project in 5 days,” said Nastya. What are the challenges of Double N?

At the outset, Ira admits that it was difficult to overcome insecurity and start telling people about her initiative. In addition, there was a lack of knowledge about how to find money, how to write a training program, how to speak in public, and most importantly, Ira couldn’t even imagine how long it would take for her to establish Double N.

Everyone is different now. Today, “Dublya” executives are most concerned about staff turnover in their initiative. The fluidity of personnel is connected with the fact that active teenagers come from other cities to study in Frankivsk,” explains Andriy. They say, “if a new person comes to us, we are 80% sure that she is with us before the last ZNO exam because that exam is personally psychologically difficult.”

We asked some members of Double N whether they see themselves on the team in a year or in five years. “If I live, then so be it,” replies Nastya Shaflik. With a little less confidence, Roman states that, “It’s always hard to talk about the distant future. And then? It’s just hard to go that far.” Lesik says, “I cannot predict what will happen to me in 5 years. THat’s why I can’t say, “Yes, in five years I’ll be in Double N.” But nevertheless, I am sure that in a year and in five years I will help the “Doubles”. Ira Senik sums it up by saying, “What teenagers go to is a regularity. This must be accepted. Young people go to study in big cities. Someone is coming back, someone is not. As for me, I plan on coming back. Of course, staff turnover is a challenge because we have to look for new people, train them, and help them adapt. But on the other hand, it is an advantage that there are new people passing through us. New creative approaches come with new people.”

And what will become of Double N in five years?

Ira is absolutely certain by only one thing, that it will be different that it is now. “I am already wondering how much has changed,” the activist says, “And it’s not just about our internal transformations, but also about how quickly public sector trends are changing in Frankivsk, and probably around the world.” The founder of “Dublya” is already working on the creation of the Kyiv branch of the organization. From this, according to her plan, the creation of an all-Ukrainian network will begin Andriy agrees with Ira. He says that he sees Double N as an all-Ukrainian organization that brings together adolescents based on shared values, such as respect for people regardless of age, and lifelong learning. There is also hope that those things that are now perceived as challenges will become an organization process and will work for the sustainability of the organization.